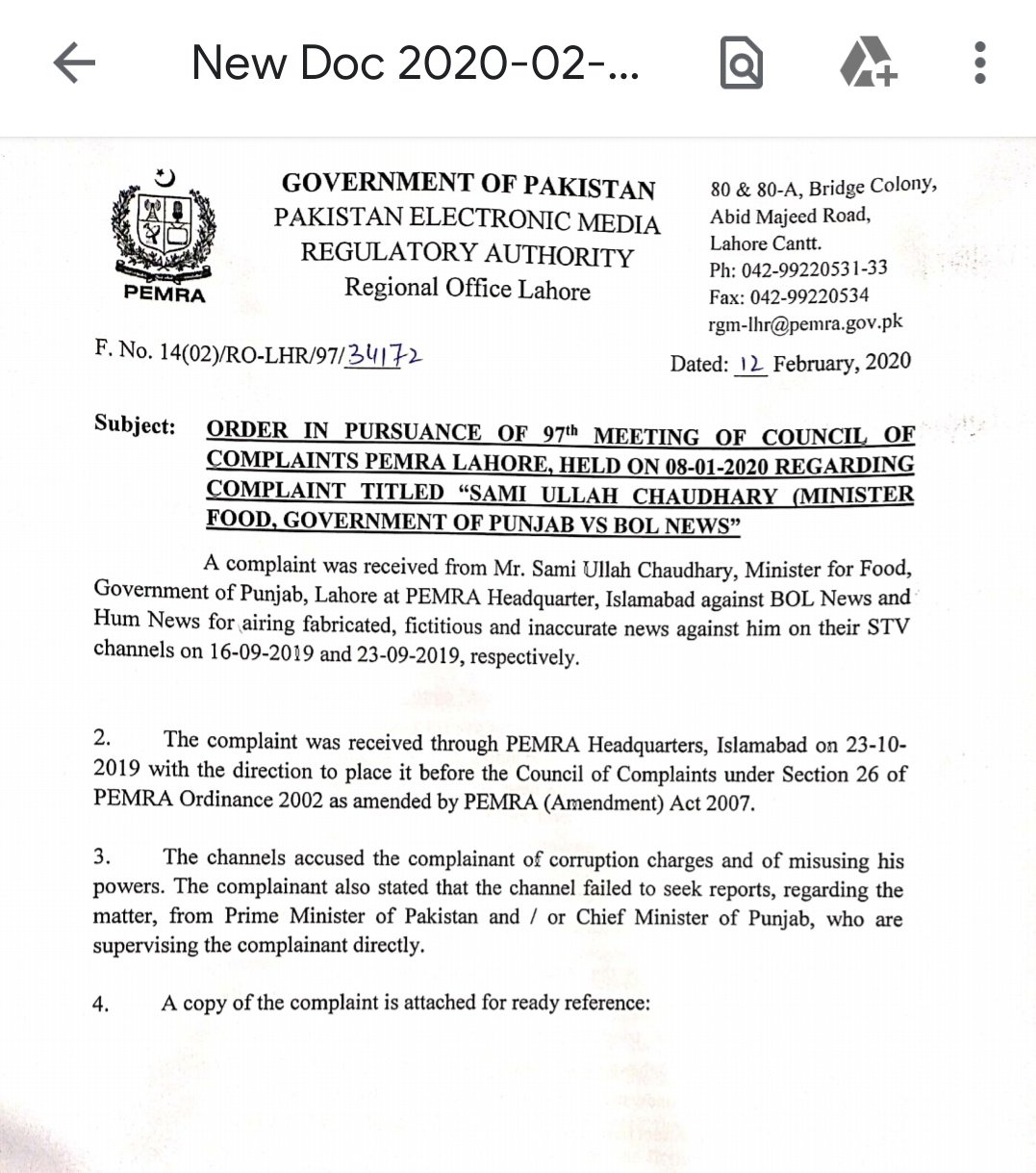 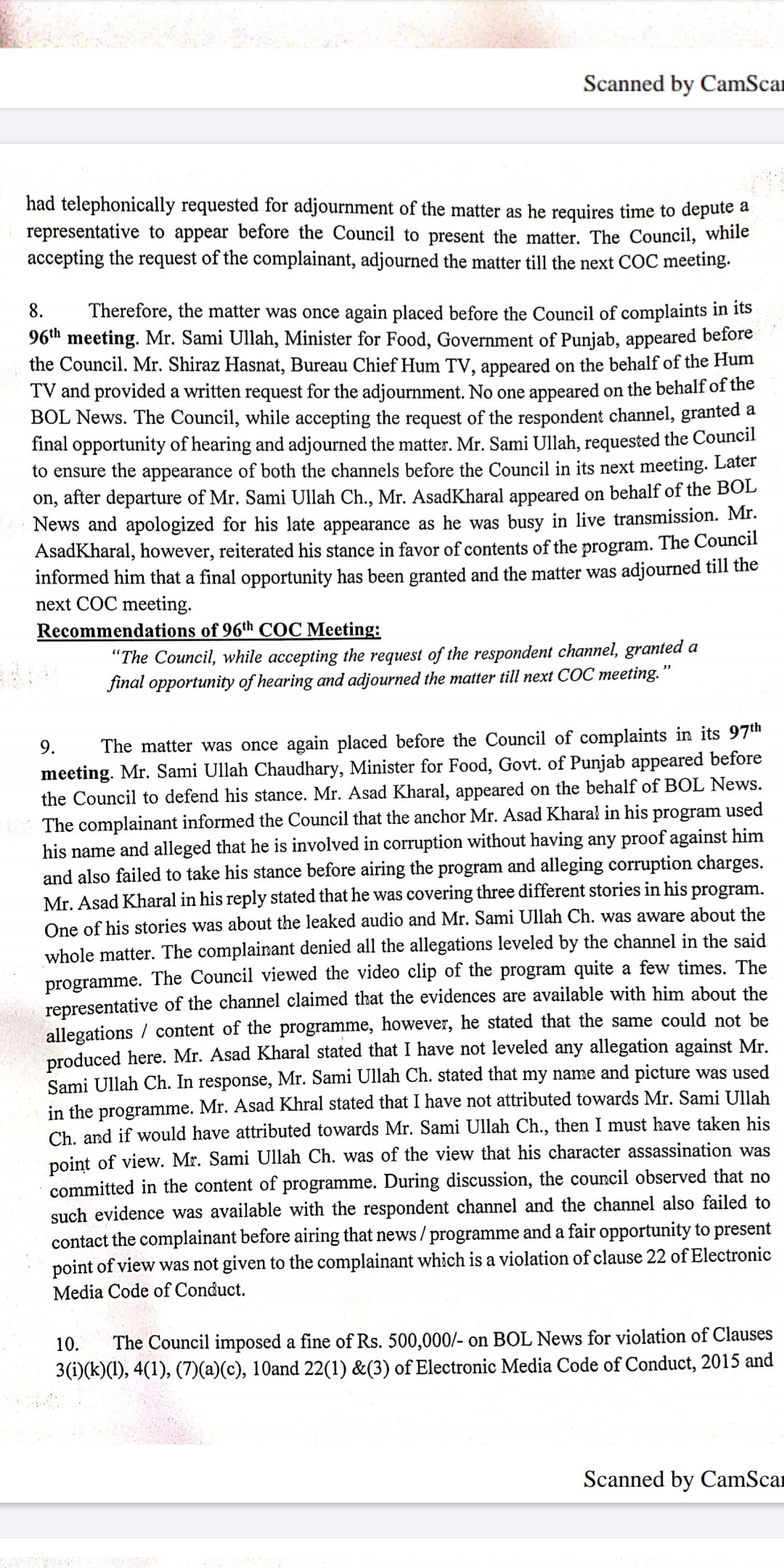 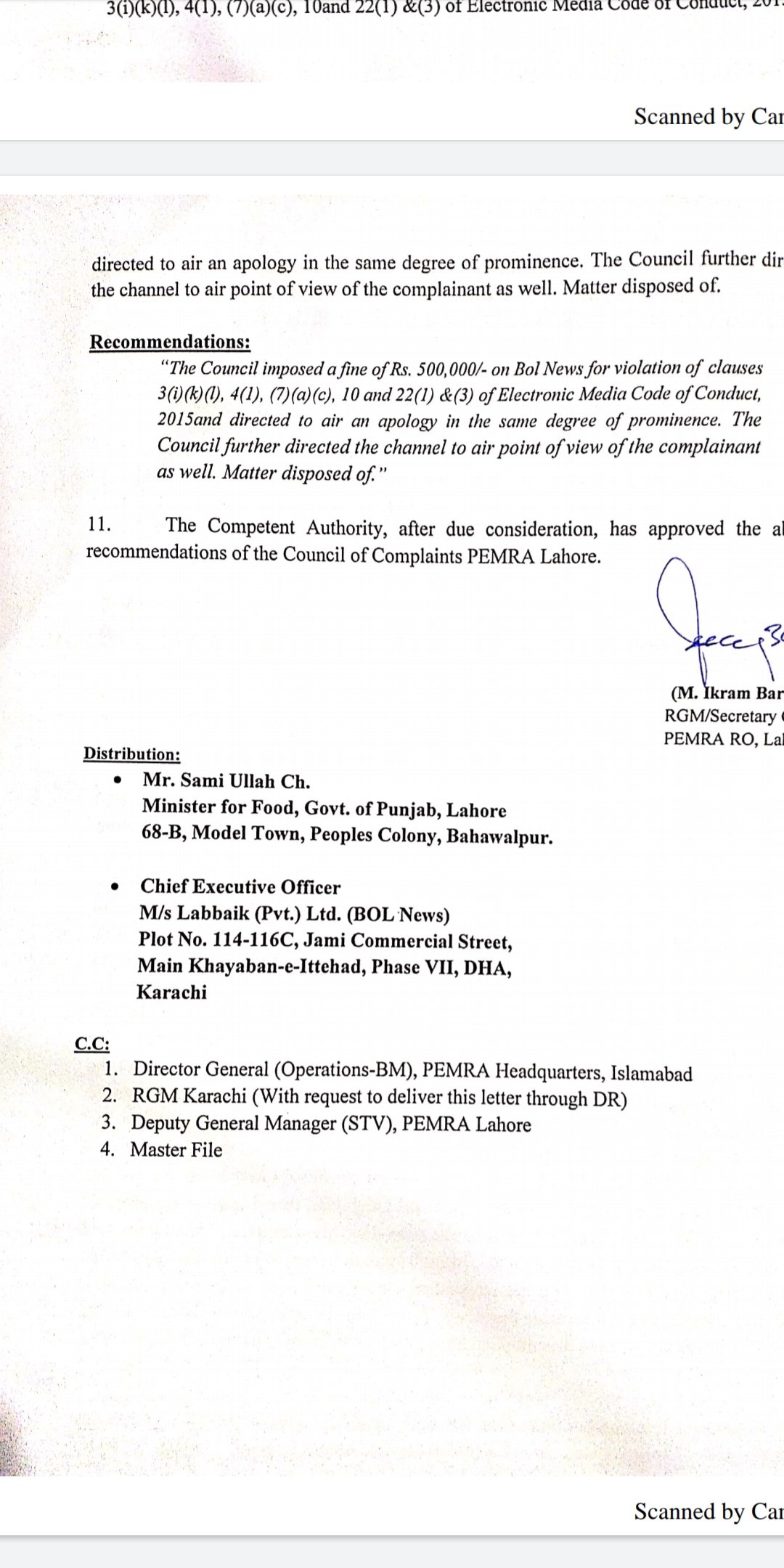 Check this too: Patwari System is not coming back – Fake News Busted

The Govt of PTI has been under an immense attack of fake news from the mainstream media. Most of the fake news and officially rebutted by the Govt and some of them go unnoticed.

Asad Kharral, an anchorperson on Bol News, broke fake news about the minister of food for Govt of Punjab, Sami Ullah Chaudhry. But this time, the fake news was not only rebutted by he goes for proper legal action.

He filed a complaint at PEMRA (Pakistan Election Media Regulatory Authority) and Asad Kharral has now been asked to apologize live on TV and pay a fine of Rs 5 million.

Patwari System is not coming back – Fake News Busted

Govt of Punjab Responds to the fake news regarding LTC Buses

CM Punjab announces to convert Chowk Sarwar into a Tehsil