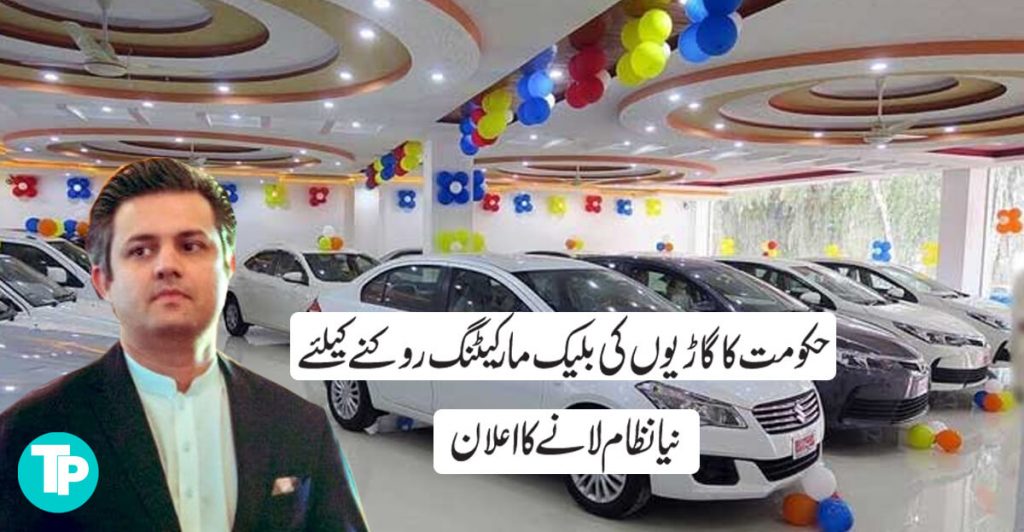 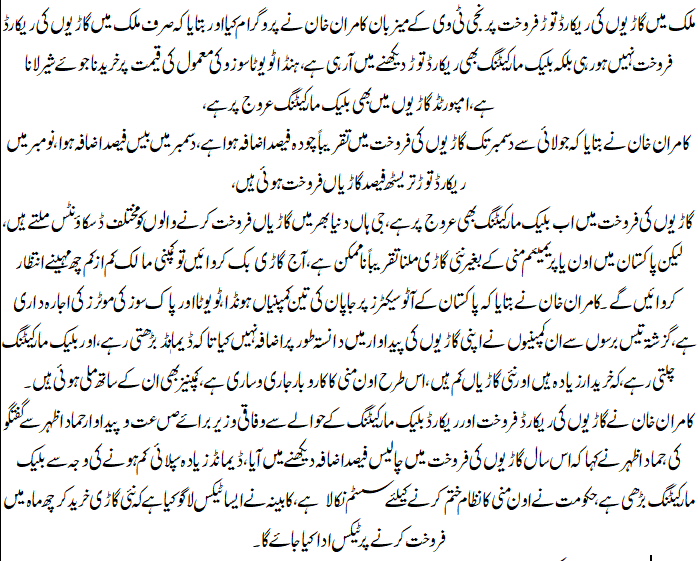 A system will be brought in the country to stop black marketing of vehicles, said Hamad Azhar

Black marketing is also on the rise in car sales. Yes, car sellers all over the world get various discounts, but it is almost impossible to get a new car in Pakistan without wool or premium money. If you book a car today, the company owner Will wait at least six months.

Kamran Khan said that three Japanese companies Honda, Toyota and Pak Suzuki Motors have a monopoly on Pakistan’s auto sectors. For the past 30 years, these companies have not deliberately increased production of their vehicles to keep up demand, and Marketing continues, there are more buyers and fewer new cars, so the wool money business is going on, the companies have joined them.

Kamran Khan spoke to Federal Minister for Industry and Production Hamad Azhar about the record sales of vehicles and record black marketing. Hamad Azhar said that this year saw a 40% increase in vehicle sales, more demand and less supply. Due to the increase in black marketing, the government has come up with a system to eliminate the wool money system, the cabinet has imposed a tax that will be taxed on the purchase of a new car and sale in six months.

The federal minister said that with this tax, investors who do not need a car take advantage of the market to buy cars and make wool by stopping them, they should be discouraged, what, in the country of other companies including Proton. The investment will also complete the logistics. To curb black marketing, we will sit down with the provincial governments, sit down with the Board of Revenue and talk about it. We will devise a new system for registering vehicles. The competition with them will be tough.

Hamad Azhar said that the cabinet has approved the policy in this regard, its SROs will be issued soon, reduce the tax on import of electric vehicle, reduce taxes on charges and other items, the price of vehicles. Steps were taken to reduce it.