The event offered three running categories; 21.1 km Half Marathon, a 10 km track for both men and women, and a 5km female-only category focused on encouraging more women participation at the event.

Runners attending the marathon event were pleasantly surprised when, President of Pakistan, Dr. Arif Avli & first lady joined the  Islamabad Half Marathon as they were passing by from Margallah Avenue.

The President met with the founder of IRU, Qasim Naz and appreciated the efforts of Islamabad Run With Us to organize such an event, he especially highlighted that more such events need to be dedicated to social causes.

Guest of Honor, Senator Faisal Javed Khan also joined and supported the Islamabad Half Marathon. Senator Faisal said this running activity has set a great example for healthy events in Pakistan and he appreciated the organizers and congratulated the winners. Furthermore, he said, with the motivation he got from the Half Marathon he will give the recommendation to start a Parliamentary Committee for Health and Fitness.

Parliamentary Secretary of Ministry of Law and Justice Ms. Maleeka Bukhari also came to the event as Guest of Honor and applauded the efforts of organizers for putting such a great healthy activity for running community and showing the positive side of Pakistan.

The aim of this event was to give people a platform to showcase their sporting skills and encourage people to participate in activities focused on health and fitness. The event saw over 500 professional and amateur athletes, including 100 women from across Pakistan, who participated in different races. 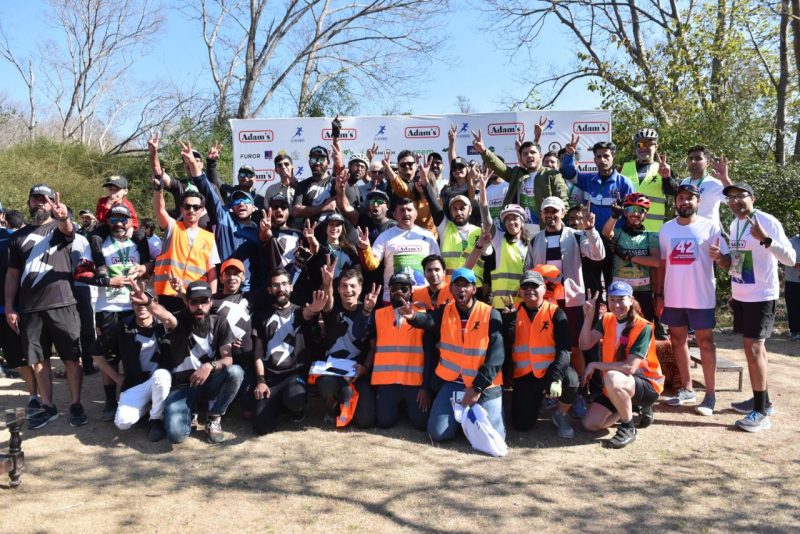 The contestants of the marathon were delighted to see such an event in Islamabad and expressed that such events should be organized more frequently to promote a healthy lifestyle in people from all walks of life.

The organizers of the Adam’s Islamabad Half Marathon dedicated their run to the cause of raising awareness for fighting cancer in Pakistan in collaboration with Shaukat Khanum Memorial Cancer Hospital. The runners also raised awareness on protecting the environment by supporting Prime Minister Imran Khan’s Clean Green Pakistan movement.

Speaking at the occasion Mr. Yasin Shahid, Marketing Manager, Adam Milk Foods said: “Adam’s has always promoted a healthy lifestyle and clean environment. Adam feels honored to encourage people of Pakistan to participate in healthy activities and associate itself with Islamabad Run with Us in organizing Islamabad half Marathon to promote the cause of fighting cancer and protect the environment.”

What truly sets the Adam’s Islamabad Half Marathon apart is it’s designed for speed, the course supported both runners and walkers as they made their way to the finish line at Trail-5 off Margalla road.

The Half Marathon was followed up with a Prize Distribution Ceremony where men and women in each category were given cash prizes and gift vouchers by Senator Faisal Javed and MNA Maleeka Bokhari.

Speaking on the occasion, the founding member of IRU, Qasim Naz said it is a great day for the runners’ community of Islamabad and we will do such running events in the future as well.

Imran Ghazali, who was also involved in the organization of the event and also took part in the 21KM race said he always had this dream to promote running activities in Pakistan and he is really happy to see so many people show up at the event including women, diplomats and people from other cities of Pakistan as well.

Saad Sultan, who is a core member of IRU said, I think it was an excellent event, first of its kind in Islamabad. In my view, it went better than everyone’s expectations with a huge running community including participants from across Pakistan, Diplomatic and expat circle and strong women representation – projecting a very positive image of Pakistan. Let’s put Pakistan on the global Marathons map.

The event was organized by Islamabad Run with Us, established in September 2016 by a few friends who were also running enthusiasts. Islamabad Run with Us (IRU) was created with the intent of creating a running community that supports and encourages a healthy and active lifestyle through group events and participation.

Pakistanis react to the ‘historic’ comeback of Umar Akmar and Ahmed…

PCB to Introduce a Long-Term Plan to Enhance the performance