A detailed look at KPK’s efforts for sports and games.

We’re going to take a deeper look at how KP  has played an important role to promote the sports.

Pakistan’s representation in Olympics is almost non-existent due to ignorance of government. There’s almost nothing to show as an achievement in Olympics on Pakistan’s behalf after our famous hockey Olympians. Pakistan has not won any medal for six consecutive Games, which makes it 24 years.

What makes these depressing numbers more regrettable is Govt’s negligence towards sports. The ruling elite parties PML-N in Punjab and PPP in Sindh have been in power corridors for last 30-35 year, respectively.
Yet, there is no single big sports project to show on their behalf. Rather, they have ruined only sporting hope for the country’s youth which is Pakistan Cricket Board (PCB). Both the parties have played their “due” role in ruining the Cricket board; also we shouldn’t forget the miserable condition of our National sports Hockey.
Coming back to Govt’s performance in sports arena, recently, PTI led KP Govt has launched inter provincial games event.
After the KP government’s approval of the grant of more than Rs 40 million for the KP Olympic Association’s organizing committee, the 4th edition of the Inter-Provincial Games under the aegis of Pakistan Olympic Association (POA) and with the collaboration of KP Sports Directorate General (DG) and KP Olympic Association, commenced with great enthusiasm earlier this week in Peshawar.
A total of 1700 athletes and more than 160 officials are taking part in 25 different games including archery, athletics, badminton, baseball, basketball, boxing, bodybuilding, gymnastics, handball, hockey, ju-jitsu, kabaddi, karate, rowing, rugby, softball, squash, swimming, table tennis, taekwondo, tennis, tug-of-war, volleyball, weightlifting with 11 disciplines for female and 25 for males.

It is for the first time that a contingent of 100 athletes from Gilgit-Baltistan (GB), 150 from the Federally Administered Tribal Areas (FATA) and 100 from Azad Jammu and Kashmir (AJK) took part alongside 300 athletes from Balochistan, 300 from Punjab, 300 from Sindh, 100 from Islamabad, and 300 from KP.

It is encouraging to see female athletes taking part throughout the tournament in a province which is considered rather conservative. Female representation in such activities will help the world perceive a lighter image of Pakistan especially about the people of KP.
Imran Khan’s vision to create more venues for sports activities is finally paying off. The newly constructed Abdul Wali Khan Sports Complex Charsadda, Hayatabad Sports Complex Peshawar, Peshawar Sports Complex, and University Campus Peshawar are being used as the main venues for different Games. 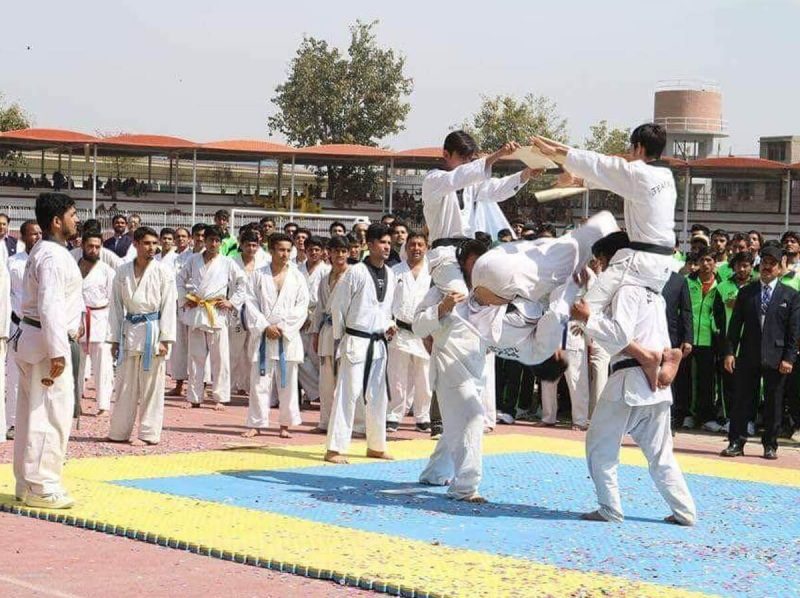 The POA president lauded the KP government for approving a grant of more than Rs 40 million for the KP Olympic Association’s organizing committee.
Such activities cannot be organized without the assistance and supervision on governmental level. The interest regarding the promotion of sports in the country can only be promoted with the help of public sector. Inter provincial games is a platform that provides maximum participation opportunities to the youth of AJK and GB.
The opening ceremony of the event was decorated with the folk dance of Mehsud tribe, Khattak Dance, and Versatile Dance Company Lahore who performed traditional dances of Kalasha, Punjab, Sindh, Balochistan, GB, AJK, Waziristan Agency FATA.
Written by: Mehwish Azam – A writer based in Islamabad.

Major price increase for Corolla and other models

Elon Musk deletes the Facebook pages of SpaceX and Tesla

Pakistanis react to the ‘historic’ comeback of Umar Akmar and Ahmed…