Najam Sethi Under Fire for his Uturns on Stock Exchange. 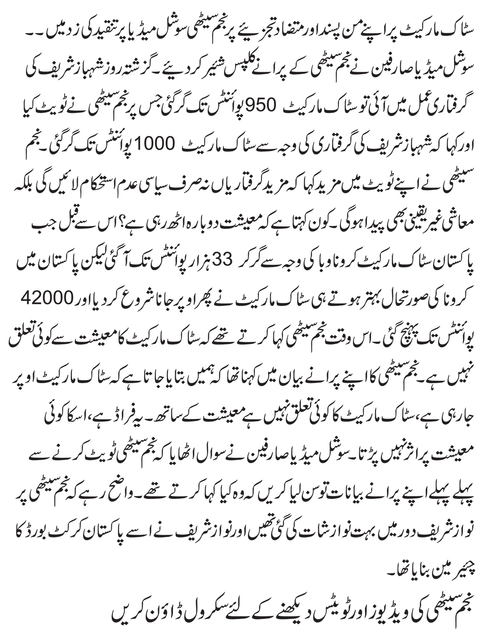 Najam Sethi added in his tweet that more arrests would not only bring political instability but also create economic uncertainty.

‘Who says the economy is recovering?’

You sir are such a disgrace to journalism.

Check this too: Pakistan’s Current Account is not in deficit for 2 continous months.

Social media users questioned whether Najam Sethi should have listened to his old statements before tweeting.

This is not the first time he has taken a ‘Uturn’ on his statement.

It should be noted that Najam Sethi was given a lot of favors during Nawaz Sharif’s tenure and Nawaz Sharif made him the chairman of the Pakistan Cricket Board.

How would you like to respond to Najam Sethi on this different version? Leave a comment below and let us know.

Indian efforts to blacklist Pakistan fail, decision to keep it on the gray list