Nawaz Sharif had said go play cricket, the government is not your only disease 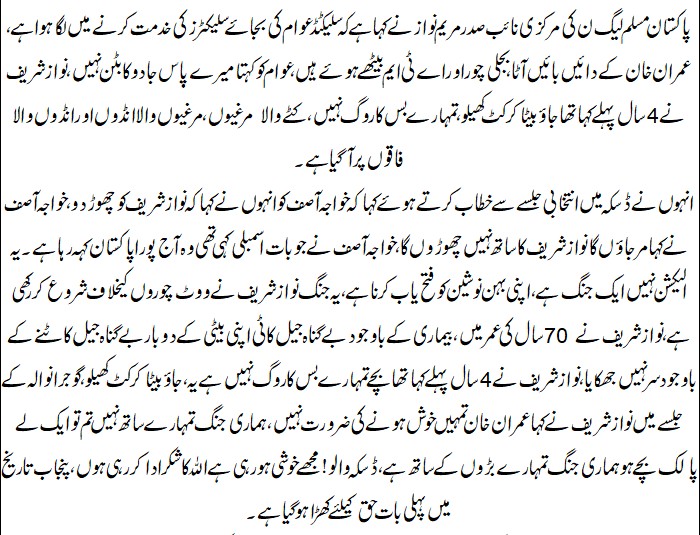 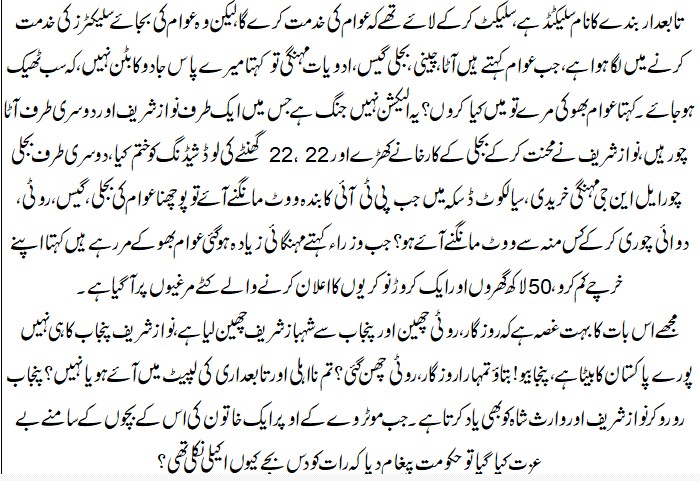 Nawaz Sharif had said go play cricket, son, the government is not your only disease.

PML-N central vice president Maryam Nawaz has said that instead of being selected people are engaged in serving selectors, Imran Khan’s right and left flour, power thieves and A.T. M is sitting, telling the people, I don’t have a magic button, Nawaz Sharif had said 4 years ago, go and play cricket, your bus is not diseased, chopped chickens, chickens with eggs and eggs have come to famine.

This election is not a war, this is a war to win his sister Noshin, this war has been started by Nawaz Sharif against vote thieves, Nawaz Sharif at the age of 70, despite his illness, was sentenced to life imprisonment for his daughter’s double sin.

Despite cutting, he did not bow his head. Nawaz Sharif had said 4 years ago, “Children, your bus is not a disease. Go and play cricket, son. In a meeting in Gujranwala, Nawaz Sharif said,” Imran Khan, you don’t need to be happy. Foster children, our war is with your elders, Daska Valve! I am happy and thank Allah, Punjab has stood up for the first thing in history.

The name of the obedient servant is selected, he was selected and brought to serve the people, but he is engaged in serving the selectors instead of the people, when the people say flour, sugar, electricity, gas, medicines are expensive, he says I have magic No button, so that everything will be fine.

He says what should I do if people starve? This election is not a war in which Nawaz Sharif on one side and flour thieves on the other side, Nawaz Sharif worked hard to set up power plants and end 22 hours of load shedding, on the other hand power thieves bought expensive LNG, Sialkot Daska when P. When a TI servant came to ask for votes, to ask from whom did you come to ask for votes by stealing electricity, gas, bread and medicine from the people? When the ministers say that inflation has gone up, the people are starving. They say reduce your expenses, 5 million houses and 10 million jobs have been announced.

Long march will not last for one day but for many days, Fazlur Rehman