Say No to Smoking – By: Muhammad Shahid Hussain 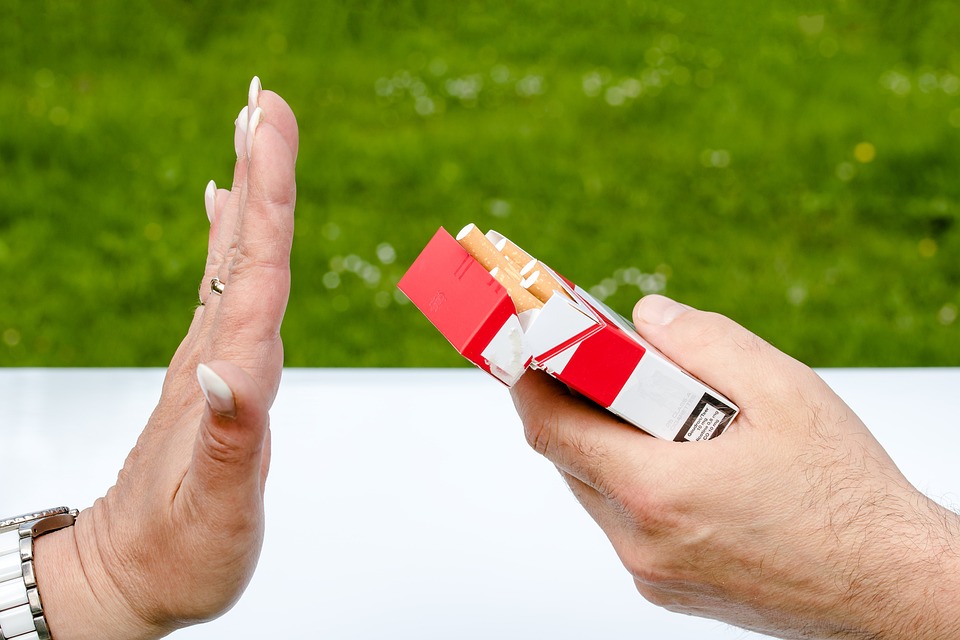 Smoking is a cheap drug that acts as a silent killer.
The nearly 4,000 toxic chemicals in cigarette smoke not only act as slow poisons for smokers but also wreak havoc on the health of loved ones around them.
Of the 6 million deaths per year due to smoking, 600,000 are people who do not smoke themselves but live with people who are addicted to smoking.

The young generation is a precious asset to any nation, and the greatest tragedy of today’s youth is smoking, which has paralyzed the way of life.
Whether it is our misfortune or the result of our negligence, the smoking trend in our young generation is increasing day by day. Twenty-nine million Pakistanis are busy injecting this poison into their veins day and night and with each passing day, the number of smokers is increasing alarmingly, including not only men but also women.

This is the poison that has infiltrated the veins of our young generation and made many parents despair of the future and survival of their smoking children.

Cantonment board elections Victory or a wake-up call for…

The benefits of quitting smoking – Blog by Fazilat…

There can be many reasons for smoking, the most prominent of which is depression, sometimes even the slightest negligence of parents and carelessness in training, which make children addicted to smoking.
Not only young people but also some areas where small children will be seen holding cigarettes in their hands, mainly due to carelessness and negligence of parents.
When a father asks his son for a cigarette and smokes in front of him, how can he think that his son will not do so?
In the early days, there was a general impression that cigarettes, betel, tobacco, etc. were used only by ignorant and illiterate people But the 21st century has proved it wrong where a great person like a teacher who is given the status of a spiritual father not only smokes in the presence of students but also such heinous cases have come to light where the teacher Involved in providing toxic material and drugs to students.
In the beginning, young people, out of curiosity, and sometimes to run away from various worries, take the first step towards cigarettes in search of peace, which soon becomes a necessity. Cigarette smoke is extremely dangerous to human health, The nicotine in it causes various types of cancer.

Excessive smoking causes Irreparable damage to the heart and blood vessels which reduces blood flow to the kidneys and completely destroys the kidneys over time. Smoking increases the chances of contracting the coronavirus by 14%. Other deadly diseases such as brain cancer, oral cancer, lung cancer, and TB are also a gift of smoking.
In Pakistan, where bread costs Rs 12 and cigarettes Rs 2, where more than half of the population lives below the poverty line, spending more than Rs 100 billion annually on smoking is not only a tragedy but also a national tragedy, a point is to worry.
If we want to secure our future, to see the country of Pakistan moving on the highways of development, then we have to keep our present, that is our children, away from this cursed curse.
Do your part to prevent the 1200 children who smoke on a daily basis from stepping into death. Not only do you quit smoking but also helps the Surrounding people to get rid of it. Especially avoid sharing pictures or content on social media that will strengthen smoking addiction. Make life safe, and save yourself and others from smoking, for this the government and the people must work together, I request the government of Pakistan to increase the prices and taxes of cigarettes. Smoking in public places Should be banned and Strict restrictions and fines should be imposed.
In school colleges areas, the sale of cigarettes should be banned in all shops.
Our young generation is our precious asset, our future, and to make this tomorrow brighter, we need to protect our present and future generations from the poison of smoking and drugs, not by beatings or coercion, but by love and understanding. It is possible to make young people, children, and the elderly aware of the devastating effects of smoking and encourage them to engage in healthy activities.

Live for your loved ones, not for yourself.