While addressing at Minar-e-Pakistan on April 29th, Prime Minister Imran Khan had announced that PTI govt will construct 5 million homes.

Prime Minister has promised to provide 5 million houses to his nation. According to Khan’s vision, this agenda will improve the living standards of the poor and bring the system of justice. The govt will now assist the people in a more managed way.

“I have decided that I will make Pakistan equal for all,”

Prime Minister had said that a nation could survive by investing in infrastructure only. He had promised that his government would invest more and more in human development.

“Naya Pakistan Housing Program” will not only provide houses for the homeless but also boost economic activities. It will provide jobs to thousands of unemployed people.

For the execution of this project, the government will provide the land and private sector will build it.

“I will personally monitor the operations of this authority.”

On October 10th, the project was launched by the Prime Minister. Right after the launch, it was started in four provinces and Gilgit Baltistan. For this purpose, a special authority has been established.

“NADRA has been assigned to gather data of masses. The project is expected to be completed in five years.” 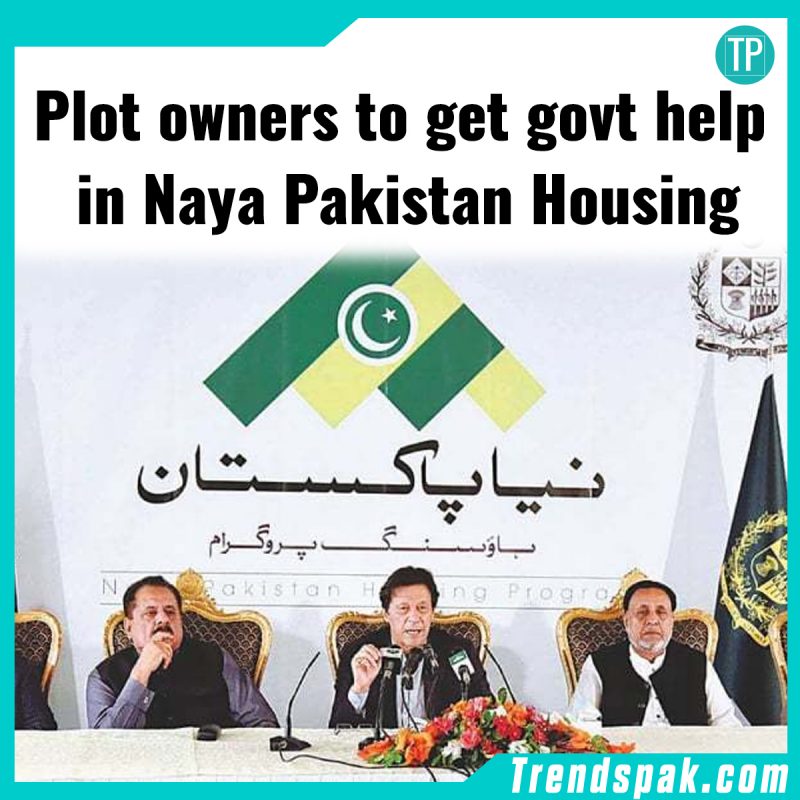 Plot owners to get govt help:

Recently a meeting was held between PM Khan and the head of microfinance organization called the Akhuwat Foundation, Dr. Amjad Saqib.

In the meeting, it has been decided that the government would help those people who already own plots but cannot afford the building material and labor costs.

The Akhuwat Foundation head informed the premier about an uplift project. This project would help those who already own plots but cannot face the cost of construction.

The Prime Minister accepted the assistance from the foundation. He said that this step would be taken up in the first phase of Naya Pakistan Housing Program.

Funds will be provided to the people owning two, three and five-marla plots. The estimated cost for each house is expected to be between Rs0.8 million to Rs1 million.

The application forms for the scheme are available on the website of the National Database and Registration Authority (http://www.nadra.gov.pk). Forms can be submitted until January 2019.