PPP and PML-N withdrew from their own agreement، Supreme Court 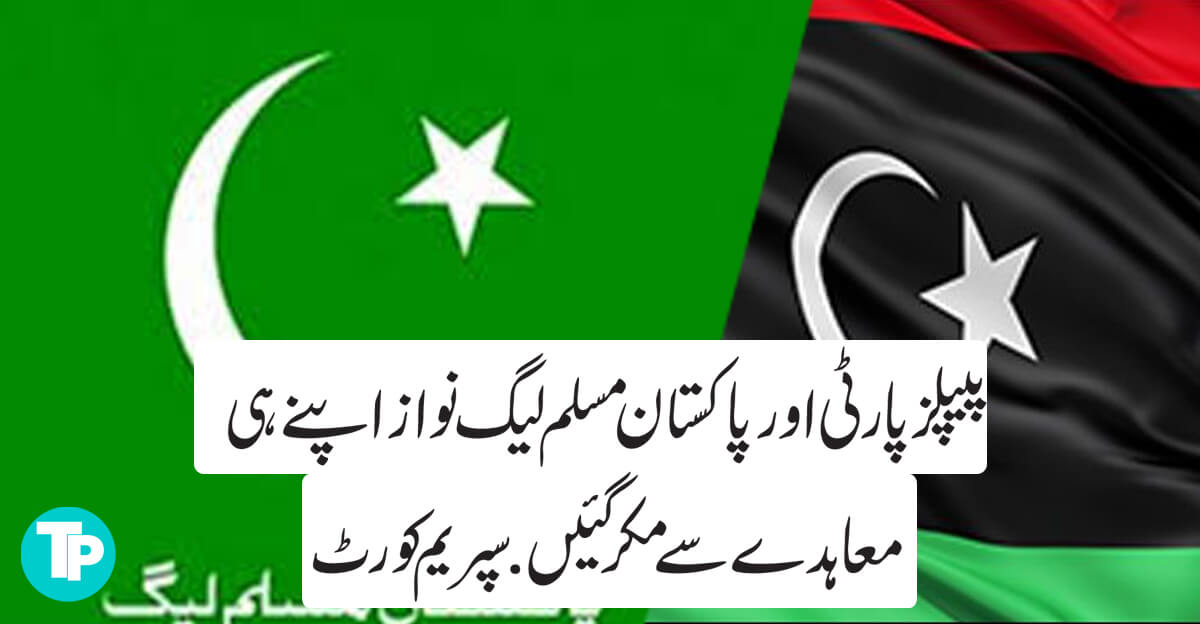 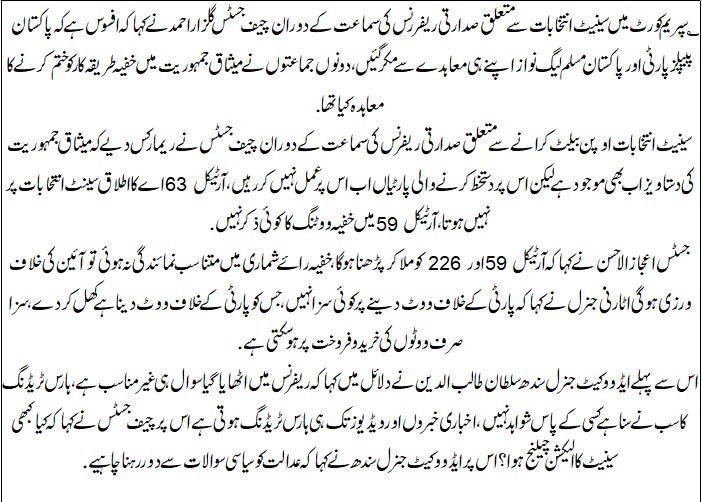 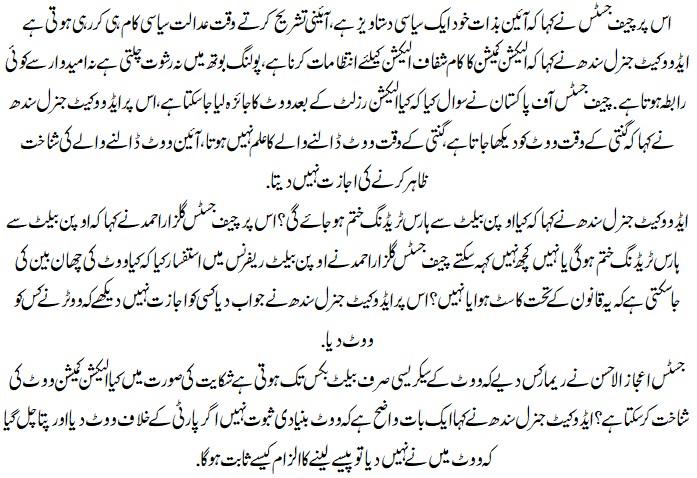 PPP and PML-N withdrew from their own agreement.

Chief Justice Gulzar Ahmed while hearing the presidential reference regarding Senate elections in the Supreme Court said that it is unfortunate that Pakistan Peoples Party and Pakistan Muslim League-Nawaz have their own. Withdrawing from the agreement, the two parties agreed to end the secret procedure in the Charter of Democracy.

During the hearing of the presidential reference on holding open ballot in the Senate elections, the Chief Justice remarked that the Charter of Democracy is still in existence but the parties signing it are no longer abiding by it. Article 63A applies to Senate elections. No, Article 59 does not mention secret ballot.

Justice Ejaz-ul-Haq said that Articles 59 and 226 have to be read together. If there is no proportional representation in the secret ballot, the constitution will be violated. The Attorney General said that there is no punishment for voting against the party. To put it bluntly, punishment can only be for buying and selling votes.

Earlier, Advocate General Sindh Sultan Talib-ud-Din said in his arguments that the question raised in the reference was inappropriate. Horse Trading Kasab said that no one has any evidence. Horse trading takes place only in newspaper news and videos. Has there ever been a Senate election challenge? On this, Advocate General Sindh said that the court should stay away from political questions.

The Chief Justice said that the constitution itself is a political document. While interpreting the constitution, the court is doing political work. Advocate General Sindh said that the job of the Election Commission is to make arrangements for transparent elections. There is no bribery in the polling booths. Is. The Chief Justice of Pakistan questioned whether the vote can be reviewed after the election result. The Advocate General Sindh said that the vote is seen during the counting, the voter does not know at the time of counting, the constitution of the voter. Does not allow identification.

Justice Ijaz-ul-Ahsan remarked that the secrecy of vote is only up to the ballot box. In case of complaint, can the Election Commission identify the vote? Advocate General Sindh said that one thing is clear that the vote is not the basic evidence.

Progress on all 27 points of Pakistan’s FATF, paving way out of gray list

If any party wants to unity, it should do so openly, Justice Ijaz-ul-Ahsan