After being arrested by the Anti-Narcotics Force (ANF), the leader of Pakistan Muslim League Nawaz (PML-N), Rana Sanaullah now is facing a murder charge. 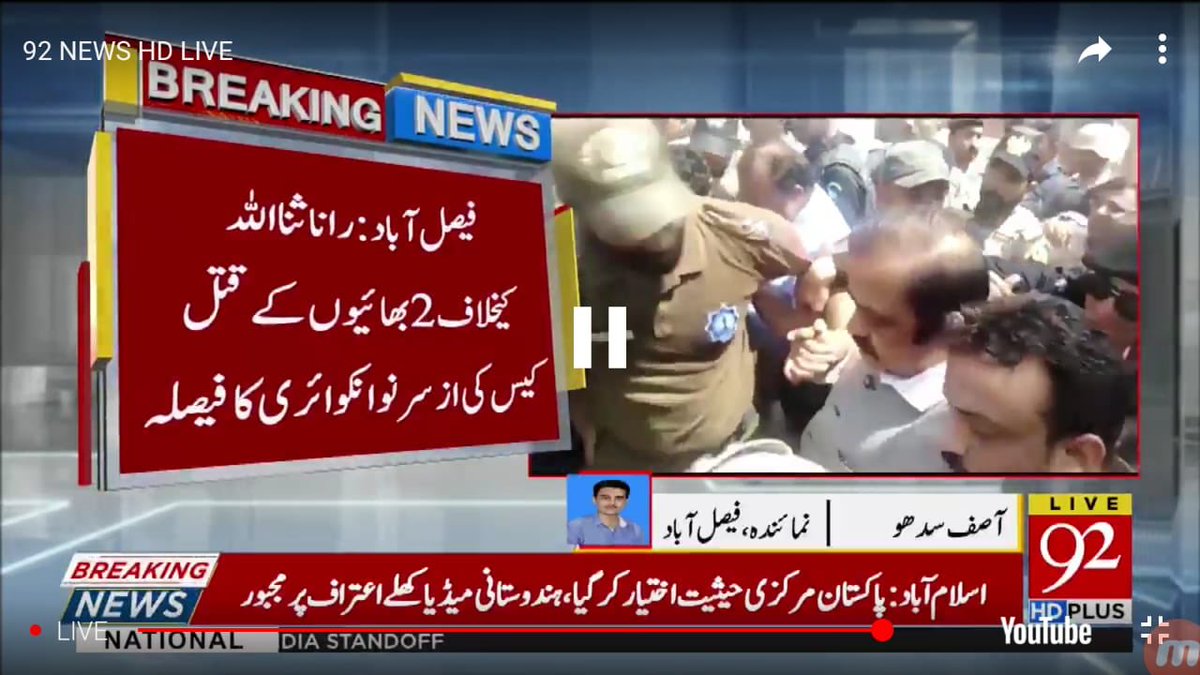 Besides having links with proscribed organizations, Rana Sana Ullah was involved in murders of dozens of people and had committed heinous crimes.

The fake National Database and Registration Authority (NADRA)record of RanaSanaullah was detected. He enhanced the number of his sisters and brothers to 12 by exerting his political influence.

However, the real brothers of Rana are only two; Hafeez ullah (living abroad) and Rana Tariq (late). Similarly, he has only one real sister named Nusrat while the NADRA record showed the number of his sisters as three.

On July 1, the Anti-Narcotics Force (ANF) had arrested Rana Sana ullah from the Islamabad-Lahore motorway near Sukheki and recovered 15kg heroin and other drugs from his car.

Under 9-C, 15 and 17 of the Control of Narcotic Substances Act, the ANF had registered an FIR against him.

The judicial remand of Rana Sana Ullah has been extended till July 29 and the court directed Anti-Narcotics Force (ANF) to submit the charge-sheet of the case.

Aslo Check: This Is How PML-N Is Working Like A Sicilian Mafia In Pakistan

However, on the last hearing, that the court had ordered for filing charge-sheet within 14 days but despite the passage of 14 days, no challan had been filed yet, RanaSanaullah’s counsel argued.

He also submitted that ANF officials had not released personal items, medicines and medical reports of his client.

After a two-hour period, the court resumed the hearing where the ANF officials stated that a special investigation team is conducting the investigations into the matter and all record is available with it.

To which, RanaSanaullah’s counsel requested the court for issuing directions to ANF officials for filing charge-sheet within three days.

At this, the court remarked that in case the ANF officials did not submit charge-sheet under Section 173 of the Criminal Procedure Code then he could approach the court.