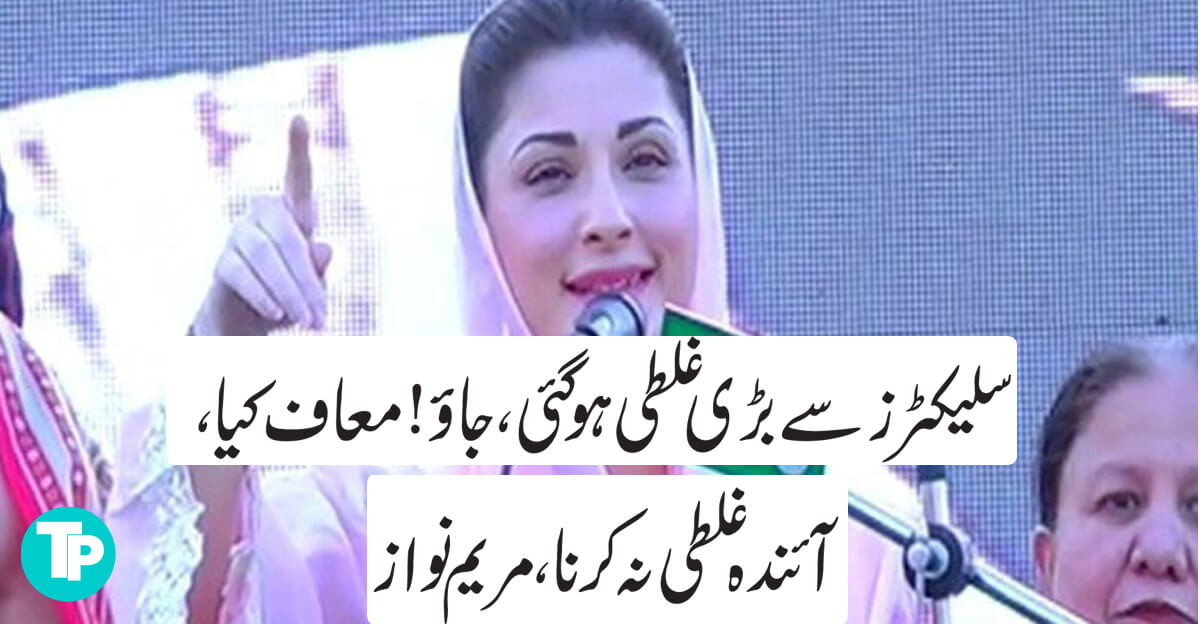 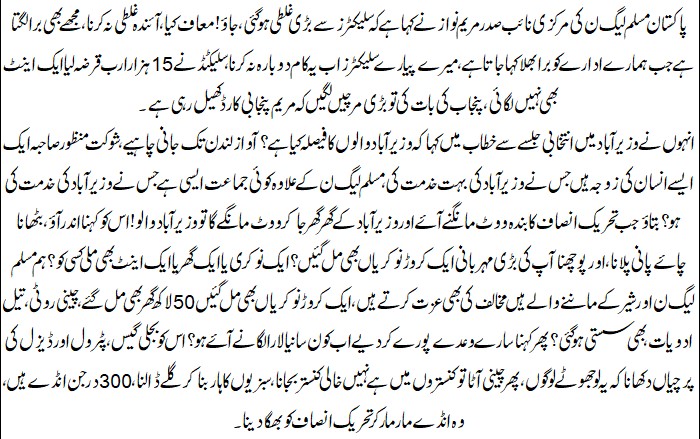 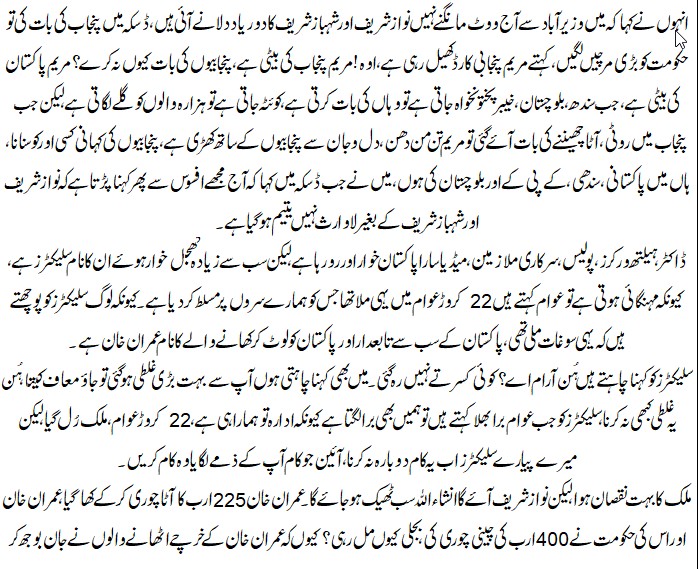 The selectors made a big mistake, go! Sorry, don’t make the next mistake, Maryam Nawaz

PML-N Central Vice President Maryam Nawaz has said that the selectors made a big mistake, go! Excuse me, don’t make any mistake next time, I also feel bad when our institution is called bad, my dear selectors don’t do this job again now, selected took a loan of 15 thousand billion and didn’t put a single brick It seems that Maryam is playing Punjabi cards.

Addressing an election rally in Wazirabad, he said that what is the decision of Wazirabad people? The voice should reach as far as London. Shaukat Manzoor is the wife of a man who served Wazirabad a lot.

Is there any party other than PML-N that has served Wazirabad? Tell me, when the servant of PTI comes to ask for votes and will go from house to house in Wazirabad to ask for votes, then Wazirabad people! Tell him to come in, sit down, drink tea, water, and ask. Thank you. Did you get a million jobs? Anyone got a job or a house or even a brick? We are followers of PML-N and Sher. We also respect our opponents.

We got 10 million jobs. We got 5 million houses. Chinese bread, oil and medicine have also become cheaper. Then say fulfill all the promises. Now which new Lara have you come for? Show him the slips of electricity, gas, petrol and diesel that these people are lying, then the sugar flour is in the canisters, not the empty canister playing, making a garland of vegetables and embracing it, there are 300 dozen eggs, beating those eggs to drive away the PTI.

SHe said that I have come from Wazirabad today not to ask for votes but to remind the era of Nawaz Sharif and Shahbaz Sharif. When we talked about Punjab in Daska, the government got very angry.

Maryam is the daughter of Punjab, why shouldn’t she talk about Punjabis? Maryam is the daughter of Pakistan, when she goes to Sindh, Balochistan, Khyber Pakhtunkhwa she talks about it, when she goes to Quetta she hugs the Hazaras, but when bread in Punjab When it comes to snatching flour, Maryam is standing with the Punjabis with all her heart and soul, telling the story of Punjabis to someone else, yes, I am from Pakistan, Sindhi, KPK and Balochistan, when I said in the disco Today, I have to say again with regret that without Nawaz Sharif and Shahbaz Sharif, he has not become an orphan.

Doctors, health workers, police, government employees, media all over Pakistan are humiliated and crying, but the most embarrassed are their names selectors, because when there is inflation, people say that out of 220 million people this is what we have on our heads. Because people ask the selectors that this is the gift they got, the most obedient of Pakistan and the one who looted Pakistan is Imran Khan.

Want to tell the selectors that they are comfortable? No fraction left. I also want to say if you have made a big mistake, then go and forgive me, never make this mistake, when the people say bad things to the selectors, we also feel bad because the institution is ours, 220 million people, the country has collapsed. But, my dear selectors, do not do this again, do what the Constitution has entrusted to you.

The country suffered a lot, but Nawaz Sharif will come, God willing, everything will be fine. Imran Khan stole 225 billion flour and ate it, Imran Khan and his government stole 400 billion sugar, why is getting electricity? Because those who bear the expenses of Imran Khan have deliberately increased the price of LNG, robbed LNG of Rs 122 billion, made the price of medicines 500 billion more expensive, eat in between and cry. Not a single brick has been laid. 125 billion has been laid on the metro, they are standing.

Nawaz Sharif had said go play cricket, the government is not your only disease

Progress on all 27 points of Pakistan’s FATF, paving way out of gray list