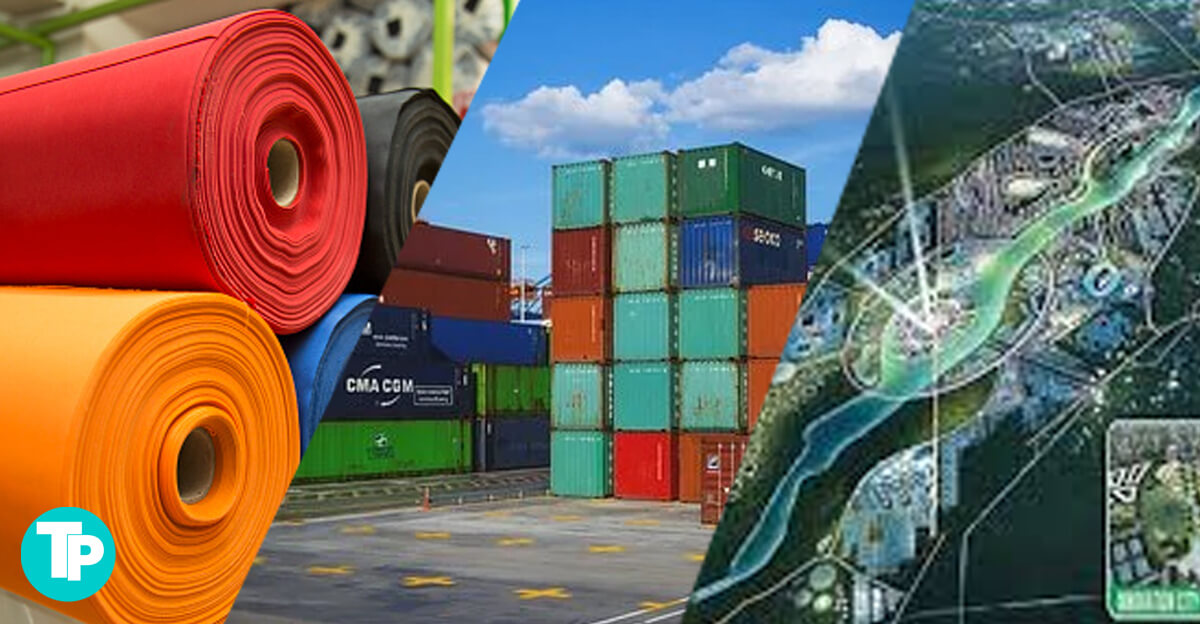 During the last five months of the current financial year, exports of non-textile items declined by 1.85 per cent, however, record exports of the textile sector led to a significant increase in foreign exchange reserves of 1.426 billion.

According to data released by the Pakistan Bureau of Statistics, the global corona crisis has severely affected trade in global markets, including the closure of major markets, delays in orders due to lockdowns and other factors. Besides, exports of all other commodities have been severely affected, with Pakistan’s exports reaching 3.7 billion in the last five months.

According to the report of the Bureau of Statistics, the global economy trying to get out of the corona virus crisis has not yet fully recovered, so the non-textile sector in Pakistan has not received export orders, however. Garments, surgical instruments and engineering equipment have maintained the overall volume of exports.

According to the report, in the last five months, Pakistan’s rice exports to the world have declined by 12.58 per cent, basmati exports by 24.46 per cent, fruit exports by 9.62 per cent and fish and fish products by 9.72 per cent.

However, after a long period, exports of leather garments increased by 5.66 per cent, surgical instruments by 1.84 per cent, engineering equipment by 17.71 per cent, tobacco by 9.7 per cent and meat products by 6.34 per cent, as well as jewelry by 85.96 per cent. Handicrafts have increased to 100%.

All existing industries in the notified area will continue to operate, they will not be relocated, and residential settlements that do not cross the river will not be acquired.

Welcoming the PM’s decision, the local industrialists expressed satisfaction over the people-friendly decision and also thanked the Prime Minister and the Punjab Chief Minister for assuring a solution to the issue. The industrialists said that thousands of people were affected by the decision. Survived unemployment, support the project.

At the behest of the Prime Minister, Ravi Imran, spokesperson of the Ravi Urban Development Authority, and Babar Hayat Tarar, senior member of the Board of Revenue, met the industrialists of Mahmood Buti and the areas adjoining Ring Road. Citizens should be relocated, so settlements on about two and a half thousand acres will not be acquired for this purpose.

At present, innumerable settlements have sprung up in the flood-prone area along the Ravi River. These few populations will have to be acquired.

The construction of this lake will improve the ground water level in Lahore, seven water treatment plants will be installed through which 836 cusecs of water will be treated daily and added to the river, the city will be built according to modern standards of co-planning. ۔

6 million saplings will be planted in the new city and 10,000 acres will be allocated for Forest Orchard. An equestrian will be created here and the existing orchards will be merged into it, said Chairman PHA Yasir Gilani and Additional Deputy Commissioner Revenue Abdul. Al-Rauf Mehr was also present.

Pakistan’s textile sector has been hit hard by the best strategy of our government in the context of the global situation in Corona.

At present it is running at full capacity due to which the demand for cotton may also increase from 14.5 to 5 million bales while on the contrary our domestic production of cotton is close to 6 million bales and this year we have to import about 8 million bales At a cost of at least  6.75 billion, the government should use all resources to at least double the country’s cotton production and provide special targets to the Department of Agriculture, including agricultural scientists and agronomists.

Particular attention should be paid to the development of varieties of cotton that are highly resistant to other diseases and pests and herbs, including leaf blight viruses, as well as have higher productivity during seasonal changes so that cotton In the current situation of the country, the import bill has been reduced Matthew exchange could be saved.

A spokesman for the Cotton Ginners and Brokers Association said that so far deals have been made to procure about 3.85 million bales of cotton from abroad to meet the growing domestic demand for cotton, while measures have been taken to import cotton as per the remaining demand.

“It is also gratifying that our spinning mills have also increased their interest in good quality cotton, thus the acquisition of high quality cotton will further improve the quality of textile products,” he said. He said that due to increase in demand for cotton, ginners have also increased the price of cotton and the price of cotton has reached close to Rs. 10,500 per 40 kg.

He said that just as the government was providing special incentives to farmers, cultivators and landowners for cultivating wheat, sugarcane, rice, pulses, oilseeds and other agricultural crops on maximum area, so also for cotton growers. Incentives should be announced to ensure cultivation of white gold cotton on maximum area.

Also checkout : Exports And Investments Are Up: Top 3 Economy Updates