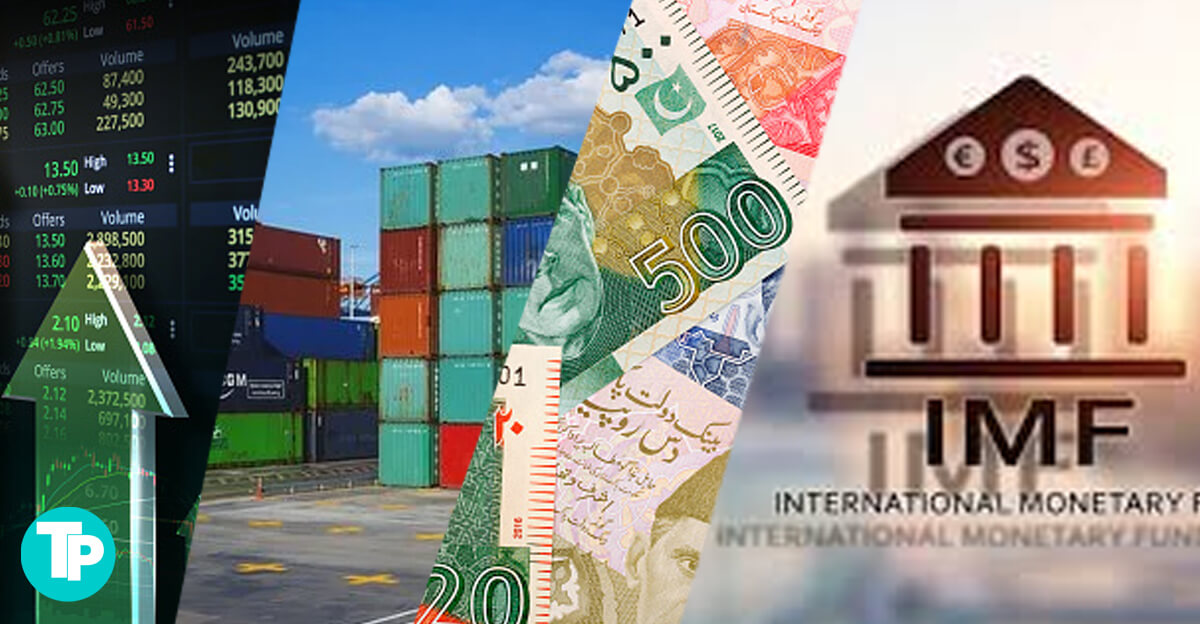 On the eve of the new year, the Pakistan stock market is witnessing a sharp rise today. The Pakistan Stock Market 100 Index has so far increased by 852 points, after which the stock market alone has crossed the psychological threshold of 44,000.

With the start of the first business day of the new year today, there has been a tremendous increase in business activities. In just a few hours, the stock market rose by 852 points, after which the 100 Index reached 44608 points and the 100 Index rose by 2%.

Today, the reason for the rise in the stock market is being attributed to the relief package given to the construction industry by Prime Minister Imran Khan and the new measures taken by the SBP.

On the other hand, there are reports of appreciation of the rupee. According to experts, the relief package given by Prime Minister Imran Khan to the industries and construction industry shows that 2021 will be the year of economic recovery.

#2 IMF has released an encouraging report on the recovery of Pakistan’s economy in 2021.

The IMF has released an encouraging report on the recovery of Pakistan’s economy in 2021.

The IMF report states that in the year 2020, the daily spread of the coronavirus in Pakistan was at its highest level, which was gradually reduced in July due to the measures taken by the Pakistani government, and new cases emerged in August. The rate went down to less than 1000 per day.

According to the report, in the current year 2020, the IMF had estimated the growth of Pakistan’s economy at zero point four percent, however, the coronavirus epidemic has severely affected the Pakistani economy, while now the IMF in its report said that In the new year, Pakistan’s economy will continue to grow in stages.

The federal government, in consultation with the provincial government in mid-April, eased the lockdown by providing standard security measures to educational institutions, entertainment venues, restaurants, malls, retail outlets and businesses, the Police Tracker report said. According to the opening, which provided employment to the troubled people.

The International Monetary Fund (IMF) report also said that the Corona virus has been implemented in the country due to the lockdown of Rs 1240 billion on March 24 to alleviate the hardships of weak and poor families and to run the economy. The aid package was released which is still being implemented under the auspices of the government, which is not only providing food to the poor and weaker sections of the population but also turning the wheel of the economy.

The report also acknowledges that the federal government has provided assistance to small and medium enterprises (SMEs) and the agriculture sector. In this regard, the State Bank of Pakistan (SBP) has also introduced several schemes. The SBP gradually reduced the policy rate from 13% to 7%.

According to the report of the International Monetary Fund, the government of Pakistan has allocated 250 million to ensure timely supply of vaccines to the elderly and frontline medical personnel to deal with the virus. He is also in touch with institutions such as the World Bank and the Asian Development Bank.

On the occasion, Mahmood Khan said that protection of minority holy places should be ensured in all cases, no one should be allowed to take the law into his own hands, several people involved in the incident have been arrested.

Chief Minister KP Special Assistant for Minority Affairs Wazirzada said that this is not India, it is Pakistan, justice will be done here according to law.

It may be recalled that a mob led by a local leader of a political party in Terry Town area of ​​Karak district of Khyber Pakhtunkhwa vandalized a Hindu temple and set it on fire.

It may be recalled that on December 22 last year, Prime Minister Imran Khan had termed the pension of pensioners as the biggest challenge and said that a huge mountain of pensions has been rising on us.

No one paid attention to make a plan, in Malaysia the pension was transferred to savings which became his asset, Dr. Ishrat was asked to make a Malaysian style plan for the pension scheme.

He said that a huge mountain of pensions has been running over us, no one has planned pensions, pensions are increasing in institutions, no one has paid attention to it, Dr. Mahathir had said that pensions had been transferred to causations which Became their asset. But there is a big problem here. Instruct Dr. Ishrat to plan on this.

#5 PM congratulates all exporters on increase in exports

Prime Minister Imran Khan has congratulated all exporters on the record increase in exports in December 2020.

In his message on social networking site Twitter, PM Imran Khan said that he congratulated all the exporters on achieving exports with an increase of 18% over the previous year. He said in his message that increase in exports is welcome and continue this trend.

Congratulations to all the exporters on achieving record exports in Dec 2020 with a growth of 18 % over the previous year. Well done & keep up this trend. A major pillar of our govt’s economic policy is export enhancement & we will provide full support to promote export culture.

The Prime Minister said that an important pillar of the government’s economic policy is the increase in exports and we will provide full support to promote the export culture.

Catch us at [email protected]trendspak.com