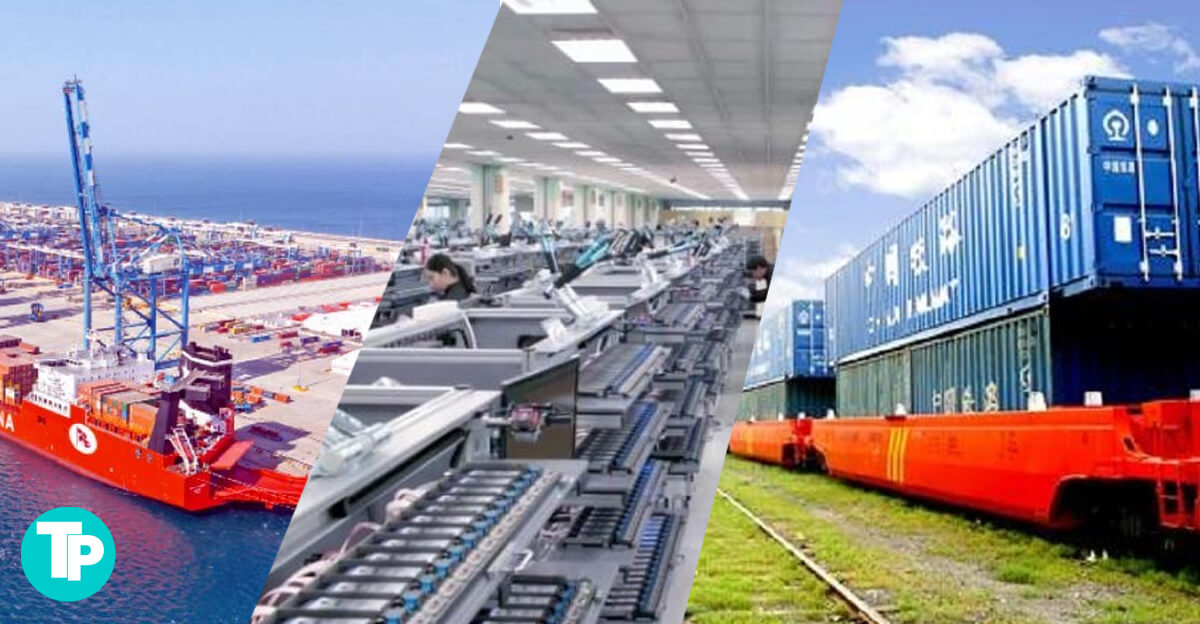 Collector Pakistan Customs Gadani Model Collectorate Tahir Qureshi and officials of Chinese company Kopak were also present on the occasion. Addressing the function, Chairman LNG Terminal Gas Company Iqbal Z Ahmed said that today is a historic day for the people of Balochistan, now LNG Terminal Gas Company in collaboration with other gas companies in remote areas of the province.

He said that an agreement has been reached to provide gas to the consumers of urban and rural areas of Sindh and Balochistan at cheaper rates. He said that gas stock stations would be set up in different cities to deliver gas to remote areas of the province and gas-laden cargo ships would be anchored at Gwadar port every week to supply gas. The gas will be delivered to various stations by road.

In his address, the representative of Chinese company Kopak welcomed the joint venture agreement of the gas companies and said that this agreement would not only benefit the people of Balochistan but also the western route of the China Economic Corridor free from the service of gas companies.

The rest of the routes will be active as well, which is a key element of Cpec. Collector Customs Dr. Tahir Qureshi also addressed the gathering. He said that Pakistan Customs and FBR have always been cooperating with business people and this series of cooperation and encouragement will continue in the future as well.

#2: The decision to make train-service operational between Pakistan, Iran, and Turkey

The survey will be operational next year. In this regard, an important meeting of the Organization for Economic Co-operation and Development (OECD) was held in Istanbul in which railway officials of Pakistan, Iran and Turkey participated.

It was agreed at the meeting that the three countries would resume cargo train service to Islamabad, Tehran and Istanbul next year to enhance trade ties.
Preliminary work has also been completed to restore the service.

Several tests have been run on the railway track between the three countries, which has shown that the condition of the track is not very good. However, the three countries have now agreed to work together to restore the cargo train service.

Host Kamran Khan in his program talked about the demands of the government for the mobile industry and the new industry.

Kamran Khan said that new industries should be started in our country, new jobs should be created, new taxes should be increased for the government, for this a new ray of hope has been created in the country, the reason being that the government has met the long-standing demands of the mobile industry.

Admittedly, this has opened up new avenues for the sale of mobile phones in Pakistan.

Kamran Khan said that with the announcement of ECC, new industry, new opportunities, new jobs will be created, mobile phone production in the country will increase tremendously, millions of dollars will be saved in foreign exchange.

Big brands also want to invest in Pakistan. The Chinese company is setting up a smartphone manufacturing plant in Faisalabad. Initially,  100 million is being invested in the project. Pakistan will be able to be a part of the global supply chain. Made in Pakistan will come to world markets.

Kamran Khan said that manufacturing of mobile phones in India and Bangladesh is going on fast and assemblies are being done in Pakistan. Mobile phone smuggling in Pakistan was a big scourge that has been overcome to some extent.

In his program, Kamran Khan spoke to Chief Executive Techno Electronics Amirullah Wala. He said that the government of Pakistan has fulfilled its promise, our industry is satisfied in this regard, mobile device manufacturing industry has become active.

Three global brands are ready to set up a plant in Pakistan, with about 25,000 people working in the industry. We hope to create 50,000 jobs in the next six months, with a 4% holding tax at the ECC meeting. The biggest problem has been solved by elimination.

Chief Executive Techno Electronics said that mobile phone industry is one of the largest industries in the world. Currently,  the equipment is coming here from China, after becoming an industry, Pakistan will also join this race next year.

A landmark initiative for the growth of tourism in Punjab