We have been hearing rumors about a new Xiaomi smartphone for a while. Under a newly registered brand Poco, the Xiaomi is launching a new flagship smartphone.

Xiaomi is unveiling its new Pocophone F1 in leading markets. This new phone by Xiaomi is the phone of your dreams. It has packed some amazing features with the addition of the latest technology.

It has a standard display that you expect to get in many different flagship phones. The Xiaomi Pocophone F1 has a 6.18-inch LCD IPS FHD + panel display. It has 18.7:9 aspect ratio with an exact resolution of 2240 × 1080.

The phone also got a pretty large notch as well. It houses:

Having the Snapdragon 845 and Adreno 630 CPU, you will not get any trouble while using Xiaomi Pocophone F1. With speedy UFS 2.1 storage, you can load apps and games very quickly.

Xiaomi’s Pocophone F1 is coming with a liquid cooling system. This system will keep the phone cool while running applications and games. It will keep the phone’s temperature low and your processor will deliver perfect performance.

Xiaomi Pocophone F1 is going to have the Qualcomm Snapdragon 845 chipset which is used by very few phones like the Samsung Galaxy Note 9.

Artificial intelligence is the most demanding feature in the smartphone world and Pocophone F1’s camera is armed with this technology.

Back: Having artificial intelligence, it consists of two lenses. The 12MP lens got the support of a 5MP lens. 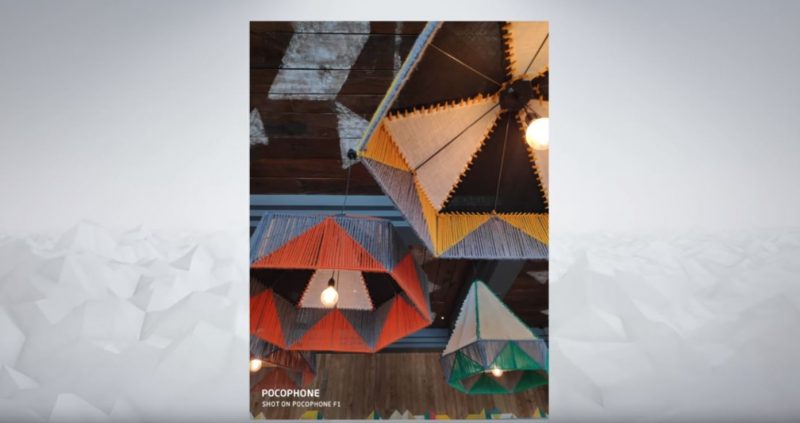 Xiaomi’s latest smartphone also have automatic scene recognition. It can recognize up to 206 scenes across 25 different categories on the rear-facing cameras.

Xiaomi Pocophone F1 has a large 4000mAh battery which is powered with the Qualcomm’s Quick Charge tech 3.0

Having such a large battery can be a problem without quick charging though, but the Xiaomi has got you covered. It supports Quick Charge 3.0 so that your charging time won’t be too long.

It supports 3.5mm headphone jack alongside a USB Type-C charge port. With the support of Dirac HD, Xiaomi promises that the sound quality won’t let you down.